The Many Moods And Hair Styles Of Victoria Beckham

It was 20 years ago today that Posh and Becks got married. In that time, they have arguably earned the title of most recognisable couple in the world. Victoria has become a pillar of the British fashion world and has graced us with so many hair goals. A self confessed “gay man trapped in a woman’s body”, Victoria has also become a valuable pond of iconic quotes.  So let us have a wonder around Victoria Beckham’s hair evolution, with some very relatable quotes along the way.

Colours of the world ? ⁣⠀ Spice up your life! ✌️

When you think of Victoria Beckham, you think of the one length, straight cut bob. This was way back in 1996, when she was known as Victoria Adams (or Posh, to you and me). It’s quite extraordinary; a woman who can do leg kicks and splits all over the stage and still remain so…posh. All the Spice Girls had trademark hair, but Posh’s continues to reign supreme. The sleek middle parted bob continues to be relevant today, popular with singers such as Dua Lipa.

And if you were wondering, yes it is easy to be as fashion forward and co ordinated as Mrs Beckham. Just take her advice:

“Drink whatever you like, just so long as it coordinates with your nail varnish.”

It’s as simple as that guys!

For a slight pop of colour and a twist on her trademark bob, we present to you the ombre. The dark roots to blonde ends is deliciously 2000s and is being popularised again by pop stars like Charli XCX. Victoria’s cheeky smoulder here is reflected beautifully in her dry sense of humour. She’s a genius when it comes to style, but what doesn’t the Queen of fashion know?

The less commonly recognised hair of Victoria Beckham is the short pixie cut with a sweeping fringe. Back in 1999, Victoria chose this haircut when tying the knot to David. Quite a brave move at the time, almost experimenting with a more androgynous look and separating herself from ‘Posh’ (although she would continue with the Spice Girls until 2000). It’s really touching to hear Victoria talk about David, like this much loved quote:

“Some women ask if I’m so thin because I shag all day. And I say, ‘Actually, yes!’ And I bet you would too if you were married to David Beckham.”

She really does have a way with words.

This early 2000’s iPhone 4 pic of Victoria’s uber short hair really makes her look like a pixie, and is giving us serious nostalgia. She must truly have been living her gay man fantasy at this point because it takes real balls to make the cut that short. But who are we kidding. She’s Victoria Beckham; with those structured cheekbones, she would look good bald. (Probably). This haircut may have fuelled a few rumours about Posh:

“Some people aren’t satisfied that I’m a gay man in a woman’s body and swear that I’m secretly a real boy.”

Not only was Victoria’s name growing in the fashion world, so was her hair. This long, sleek hair-down screams professional business woman, and the neat parting seems to give a nod to Posh. A more mature Victoria was emerging; our brave Queen has given us so many iconic hair moments, now we get to watch the maturity. We’ve come to learn she’s not only brave in the hair department:

“I’m not scared of death. I never wear a seatbelt on a plane.”

Honestly, what a fearless leader.

Backstage in my favourite cosy cashmere jumper and pants from #VBAW17 ! X vb

Here is Victoria in 2017, her fashion career thriving more than ever and a Mother to 4 kids. Her hair, more curled and carefree, yet still perfectly structured to portray a wonderfully put together woman. However, She gets a lot of complaints about her apparent lack of emotion in pictures, which she explained to Vogue:

“I’m smiling on the inside. I feel I have a responsibility to the fashion community.”

What can we say. The fashion community is, and we are, eternally grateful.

My favourite white tux with satin lapels from #VBPreAW19 has dropped online and in store! x VB

This is how most of us think of Victoria Beckham now. She’s been in the public eye since 1994, and she’s somehow still on top of her game. Victoria’s hair is a statement and forever will be. It’s often now seen in a gracious, curled low pony. We really take our hats off to her, because her style is undeniable. (Apart from the early-mid 2000s, we are going to overlook those bleached blonde years). Surely nothing can bring that woman down. Well, nothing apart from that time:

“I was completely shocked and devastated because I was wearing flat shoes.”

Our hearts break for you Victoria.

It's amazing what you can do in culottes…those ballet classes are paying off! Thank u @edwardbarsamian and @voguemagazine! Kisses from LA x vb 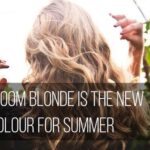 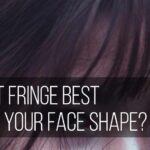 What Type Of Face Shape Best Suits A Fringe?