According to Google, Lady Gaga was one of the most searched for celebrities of 2019. She has been in the spotlight since 2007, an outrageous singer/performer, now a style icon and critically acclaimed actress. Impressively, she didn’t even release a new album in 2019, but Lady Gaga still remains one of the biggest names in the world. She’s never one to shy away from a wig, and we love her for that. Gone are the days of meat dresses, Gaga’s glammed up – but still remains edgy. We think the secret is in her hair. Here’s a look back on Lady Gaga’s 2019 and why she remains a style and hair icon.

In February, Lady Gaga won an Oscar with ‘Shallow’ for Best Original Song.  This was the start of an amazing 2019 that made Lady Gaga the only person ever to win an Oscar, Grammy, BAFTA and Golden Globe in a single year. She wore an Alexander McQueen black dress and paired it with a humble 128.5 Carat Diamond necklace that has only been worn 3 times (previously by Audrey Hepburn in Breakfast At Tiffany’s publicity photo’s). Her sweeping platinum blonde updo is reminiscent of Holly Golightly and oh so elegant.

Following the huge success of the A Star Is Born soundtrack and her 2016 Album, Jolene, Lady Gaga cleaned up at the Grammys. Sporting her trademark icy blonde locks with a hint of a dark root, we briefly saw edgy Gaga again.

Possibly the main reason Gaga was one of the most searched people of 2019, the Met Gala. Back in May 2019, Lady Gaga gave us four looks at the Met Ball. The theme ‘camp’ was almost made for Gaga herself and she stole the show. The makeup, the cartoon style lashes and the wig – it’s all so beautifully camp. The perfect platinum blonde had us drooling. The tiny hair bows inspired the tidal wave of bow hair accessories that followed on Instagram later in the year.

Thank you @tiffanyandco for the perfect necklace for my looks ??

It was a real #HAUSPARTY. EVERYTHING is available to purchase now at @hauslabs and @amazon… and we have a couple of brand new products for u ? ? @kevinmazur @gettyentertainment

As if acting, singing and songwriting wasn’t enough, in September Lady Gaga launched her new venture – Haus. Her makeup line that is sold on Amazon and accessible to everyone around the world. This only gave us more breathtaking makeup looks and throughout this time Gaga firmly sported the platinum blonde loose wave. Something we have come to love and tbh want for ourselves.

On the cover of @elleusa in @hauslabs, interviewed by @oprah about mental health and the importance of kindness in the world ?

To finish off the year, Lady Gaga nabbed the cover of ELLE USA and was interviewed by Oprah. She’s making us feel less bad about our dark roots growing out and more proud. We’re embracing dark roots in 2020.

We couldn’t have a list of Lady Gaga’s iconic looks of 2019 and not have pink hair in there. Again, it’s rugged with dark roots peeping through but still somehow so glam. Perhaps it’s the feathers and pearl hair clip, but we’re pretty sure Lady Gaga would look glamorous in anything. 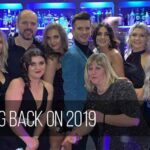 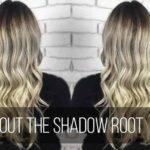 All About The Shadow Root