Ariana Grande Shows Us 6 Ways To Rock A Ponytail

Just like jam on a scone or tea with biscuits, you say “Ariana Grande” and you think “ponytail”. Ariana has been serving us versions of ponytails since 2011, that’s 8 years of scalp ripping beauty. Back in 2014, she posted online that the reason behind her constant ponytail was because her hair was so damaged. From 2010-2013, Ariana played Cat Valentine in the Nickelodeon show ‘Victorious’. Ariana’s contract stated she had to dye her hair red for the character and consequently her frazzled her hair. Now the ponytail for Ari is like the beehive for Amy Winehouse, a signature. With the help of her celebrity hair stylist, Chris Appleton (who has also done hair for Kim K and J Lo), she likes to mix up her signature style every now and then and we are always gagged.
Here’s 6 ways Ariana Grande has worn her famous ponytail.

There it is, in all its glory. The classic ‘snatched ponytail’. I don’t think we’ve seen a hairband on Ariana since 2014, the classic wrap-around-hair hairband really matures the look and is the difference between the high ponytail we used to wear in secondary school PE, and a superstar’s updo.

@create this edit i am sobbing missing my baba

Hair clips have been all the rage this summer. The 2000’s trend has been popularised again by runways and celebs, from small bobby pins to statement clips. Ariana’s blingy clip shows us how to add a bit of sparkle to a ponytail. The side parting must be a sweet relief, as her posts on twitter read: the tight ponytail leaves her in ‘constant pain’ which she is starting to become numb to. Just as the old saying goes, beauty is pain.

You know us, we love a balayage and Ariana’s melty brunette to golden blonde is everything to us. We also spy some added texture. Crimping is back, baby! This look is simple to create, once you have your 22″+ hair extensions. We’re still waiting on ours.

4.Princess Jasmine, is that you?

If Disney’s Princess Jasmine went to prom, we like to think her hair would look something like this. The texture, the blonde highlights, the added length, it’s all so extra and we can’t get enough. Again, no hairbands in sight, just hair wrapped around and the black bow is giving us a subtle nod to 2011 Ariana. Why pay for a face lift when you can just do a high pony?

Ariana chose this bleached low pony for her Sweetener album cover and it. is. stunning. Not only is her scalp probably crying in relief, it’s a welcomed surprise to see a platinum blonde Ari. Even though it’s probably a wig, we’re still counting it. Is there any hair parting this woman can’t pull off? So sleek, it’s a yes from us.

6.Half Up Space Buns

Not *technically* a ponytail but we know how much space fascinates Ariana (naming one of her songs from her new album ‘NASA’), and these space buns are so cute! It’s a boujee look, and we doubt those sparkling hair accessories are something we can pick up from Claire’s but that’s what we love about it. She wore this look in her music video for ‘7 Rings’, the pink extensions are full of attitude and TBH the whole look is giving us Nicki Minaj vibes in all the best ways. 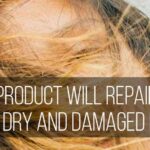 This Product Will Repair Your Dry And Chemically Damaged Hair 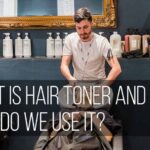 What Is Hair Toner And Why Do We Use It?